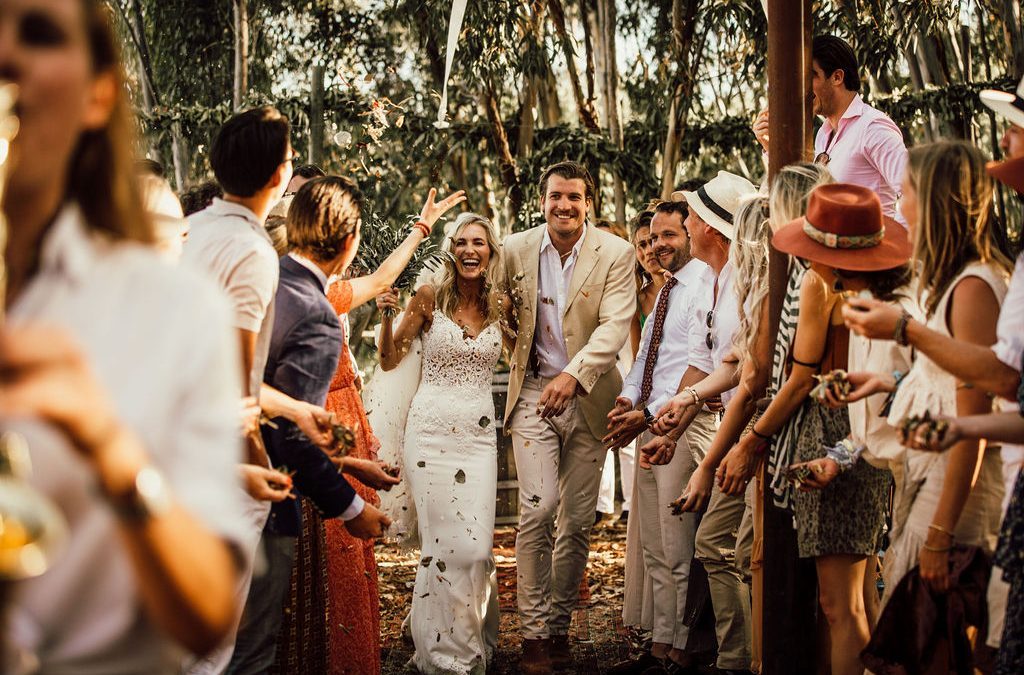 It was a random Wednesday afternoon two years ago when Leo called me and said: I found our spot! Our what? Our spot, the place where we are getting married!

By then, we were in the midst of renovating our newly bought home plus setting up ROF-Style and the last thing on my mind was our wedding. But Leo had stumbled on this location as if it was faith and was convinced… ‘You have to come and see this place, I am sure you will love it too!’

And so we went to view Kalmoesfontein, home to A.A. Badenhorst family wines. I must admit, it was love at first sight when we reached the end of the sandy dirt road that leads to the farm and walked passed the Cellar to the Old House. Set against the slopes of the Paardeberg Mountain, the lush green garden immediately made me want to take of my ROF’s (which is rare) put my feet in the grass and dream up our wedding. 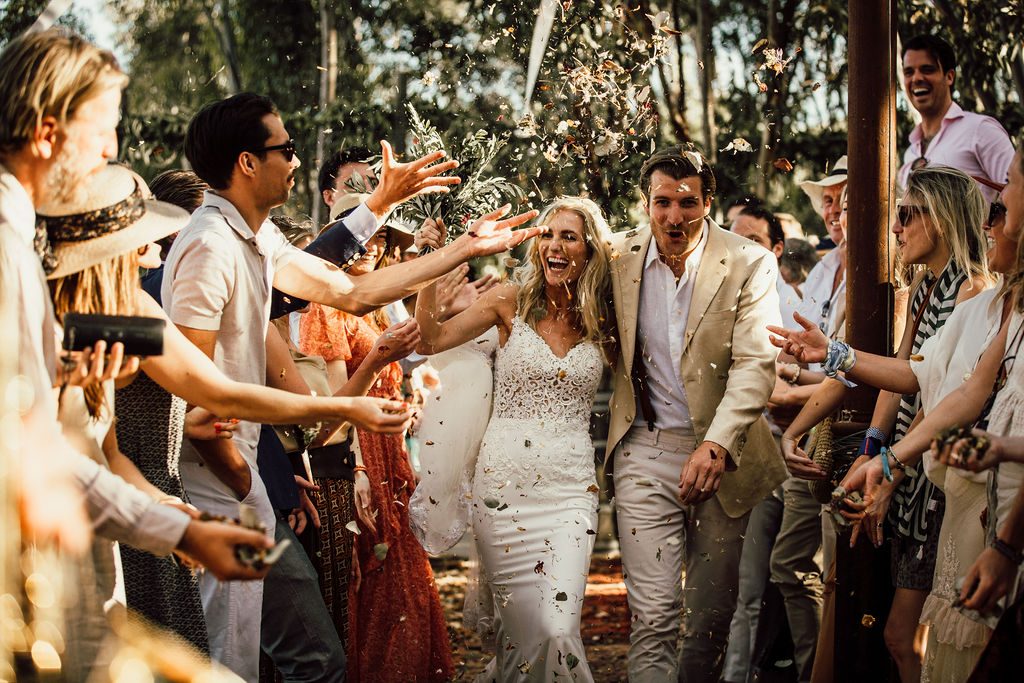 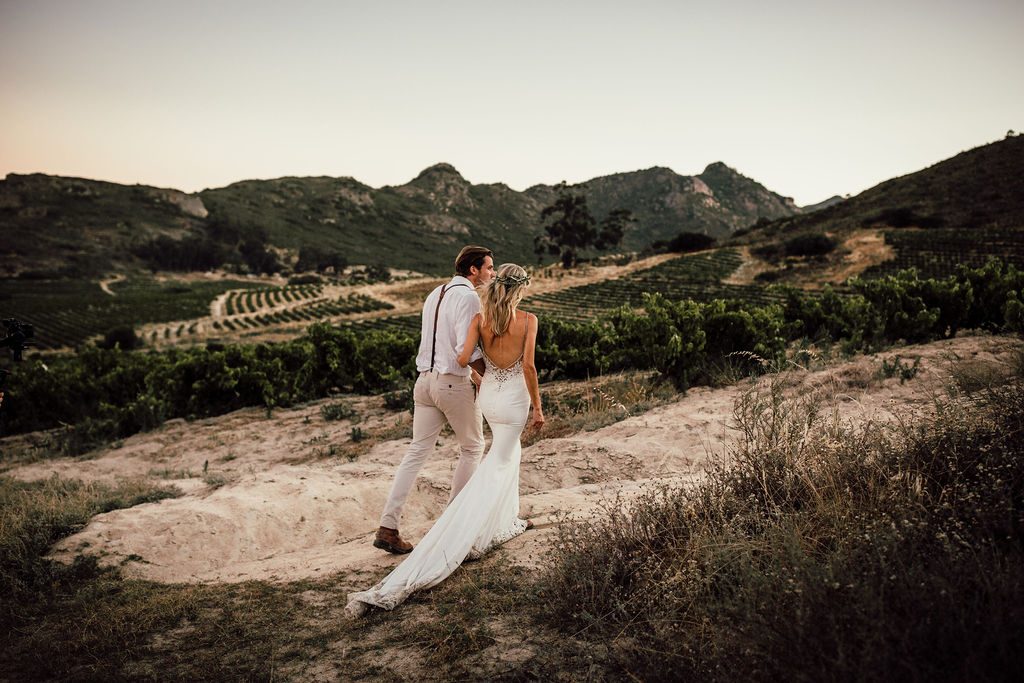 Celebrating love, adventure and the outdoors

When we met Semma (owner, all-round creative and amazing person) and Helena (event planner extraordinaire) we knew we were in the right hands and planning could start. We visualised a wedding with friends and family from the Netherlands and South-Africa that celebrated love and the beautiful outdoors.

Fast-forward a year (a few postponements due to the big C) and the result was our 3 – day elopement weekend in our favourite Swartland region. 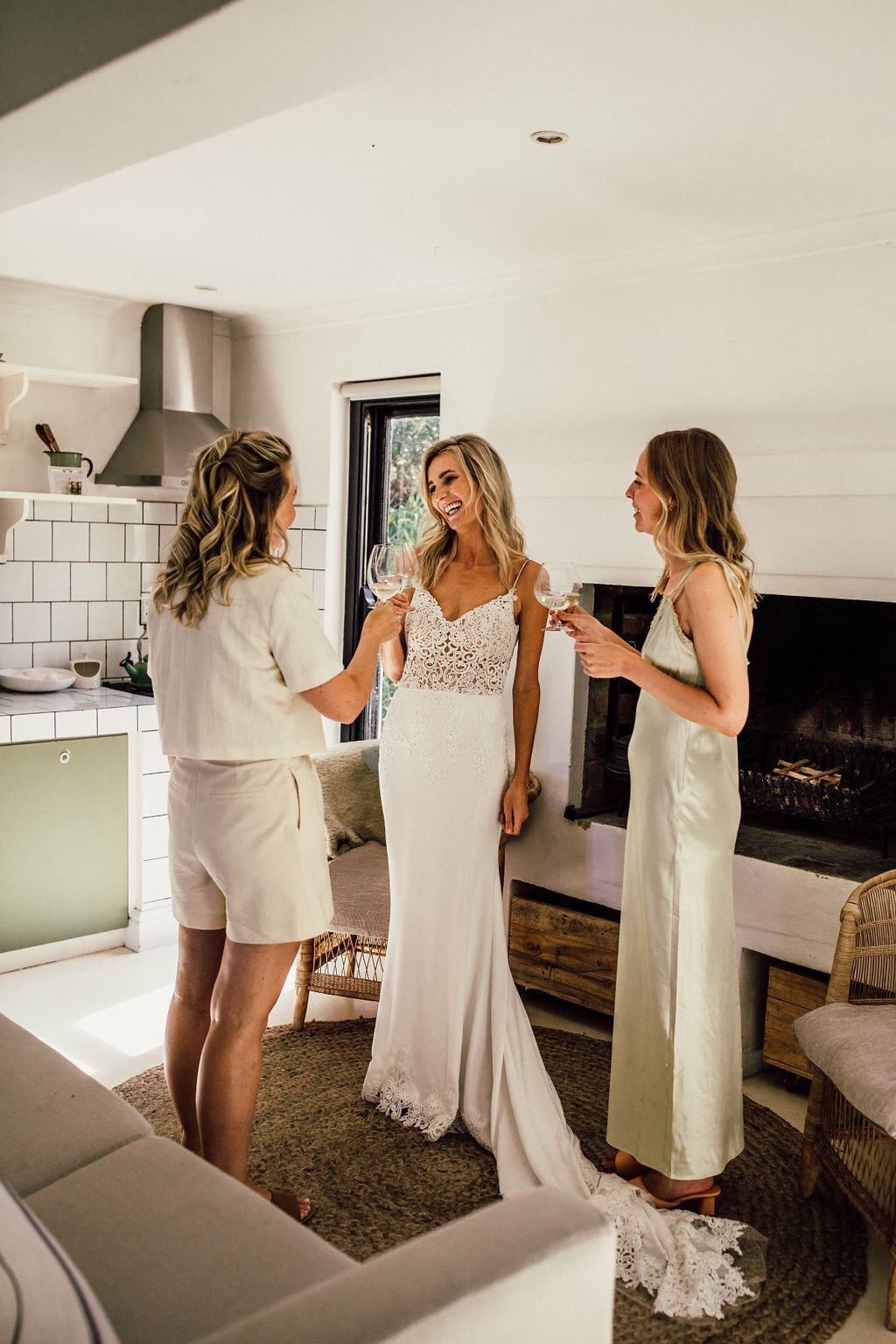 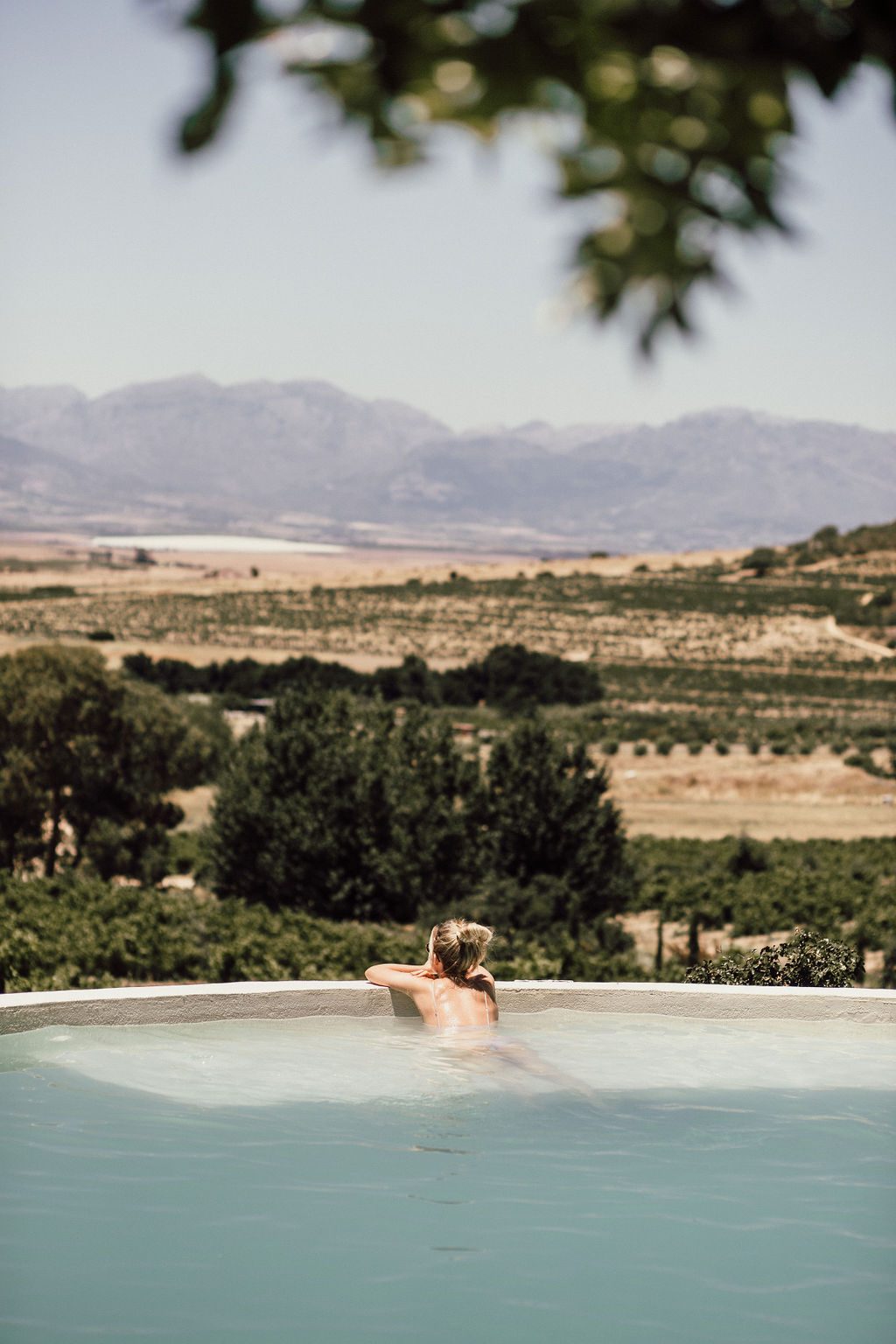 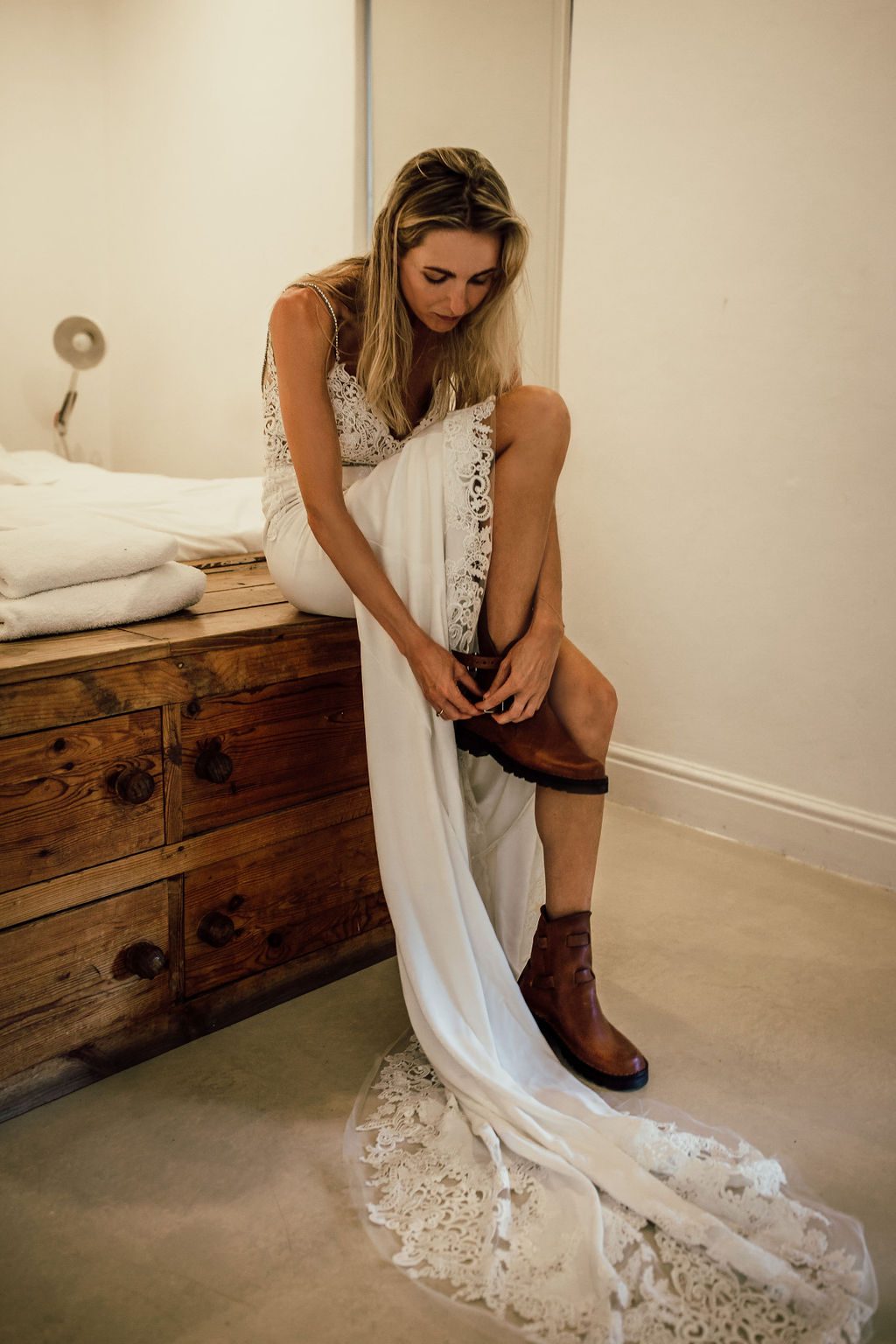 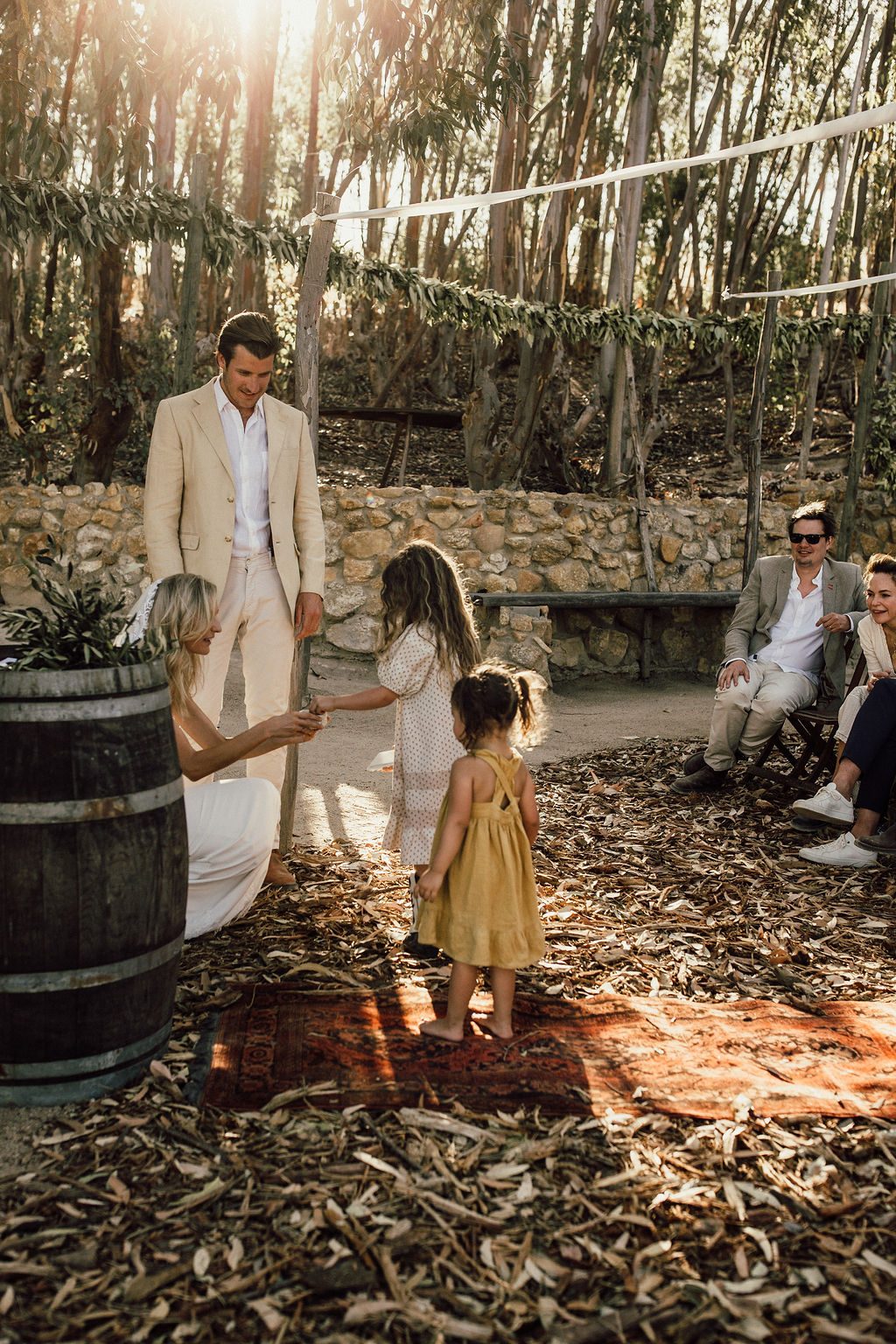 We say 3 days but it was actually 4 if you count Pizza night on Thursday. It’s a tradition at Badenhorst and something we’ve been doing for the past 6 months to meet locals here in South Africa. It was very special to take some of our closest friends here for a private winetasting with Adi Badenhorst (owner and winemaker).

Guests arrived at Kalmoesfontein on Friday, where they could check in at their ‘true to theme’ safari chique glamping tents. After a little refreshment, two safari trucks took the scenic route to our home in Riebeek Kasteel. Here we kicked of the festivities the South African way with a braai and some live music.

The next morning, after waking up with the chickens, our friends from Secret Sunrise prepared a silent disco near the dam. Idyllic as that sounds, at 9 am the sun was already blazing and it wouldn’t have surprised us if no one had shown. But more than half of the guests were awaiting us to start the day like dancing unicorns and raging tuk-tuks. That immediately set the tone for the dance violence that would erupt later in the evening. 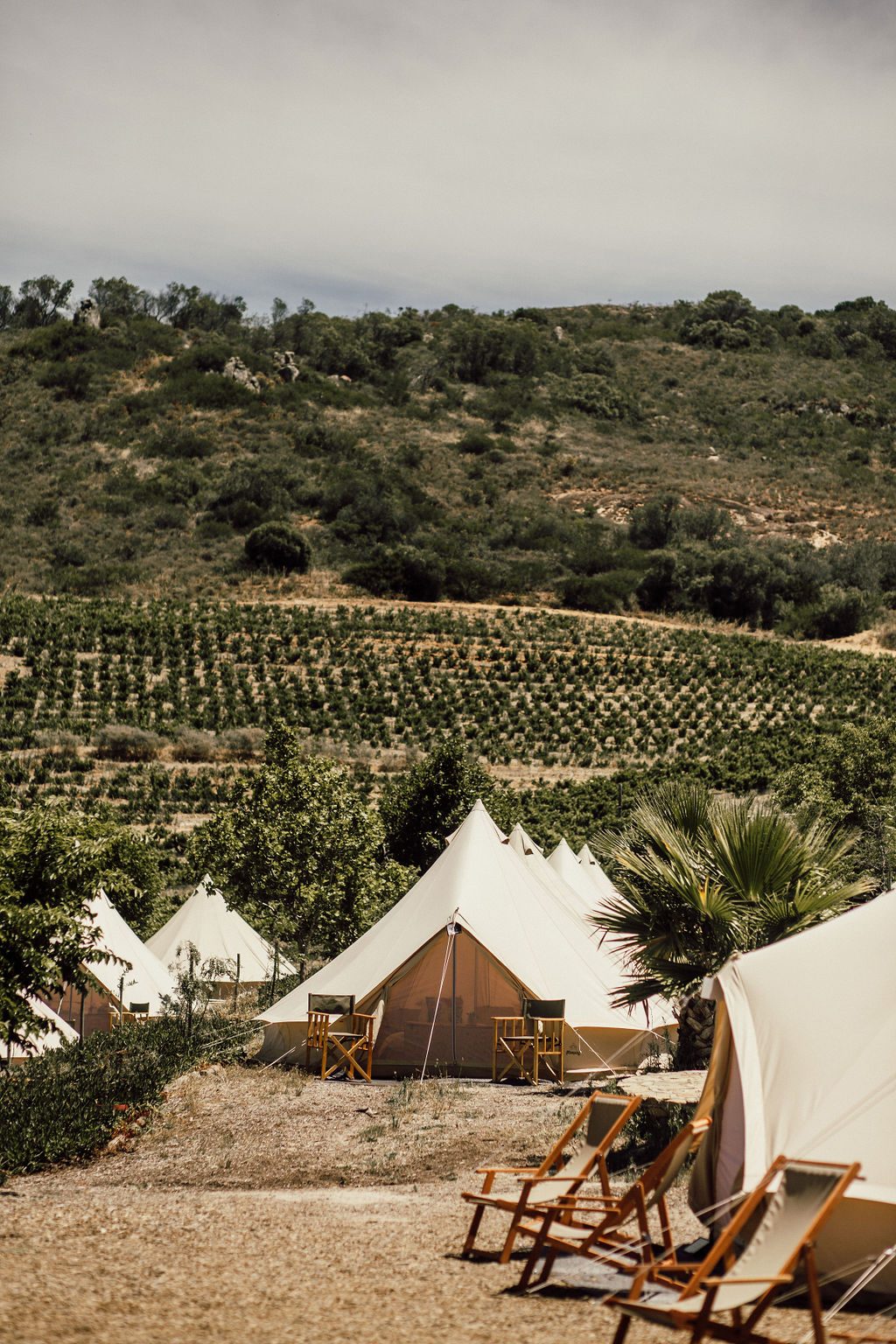 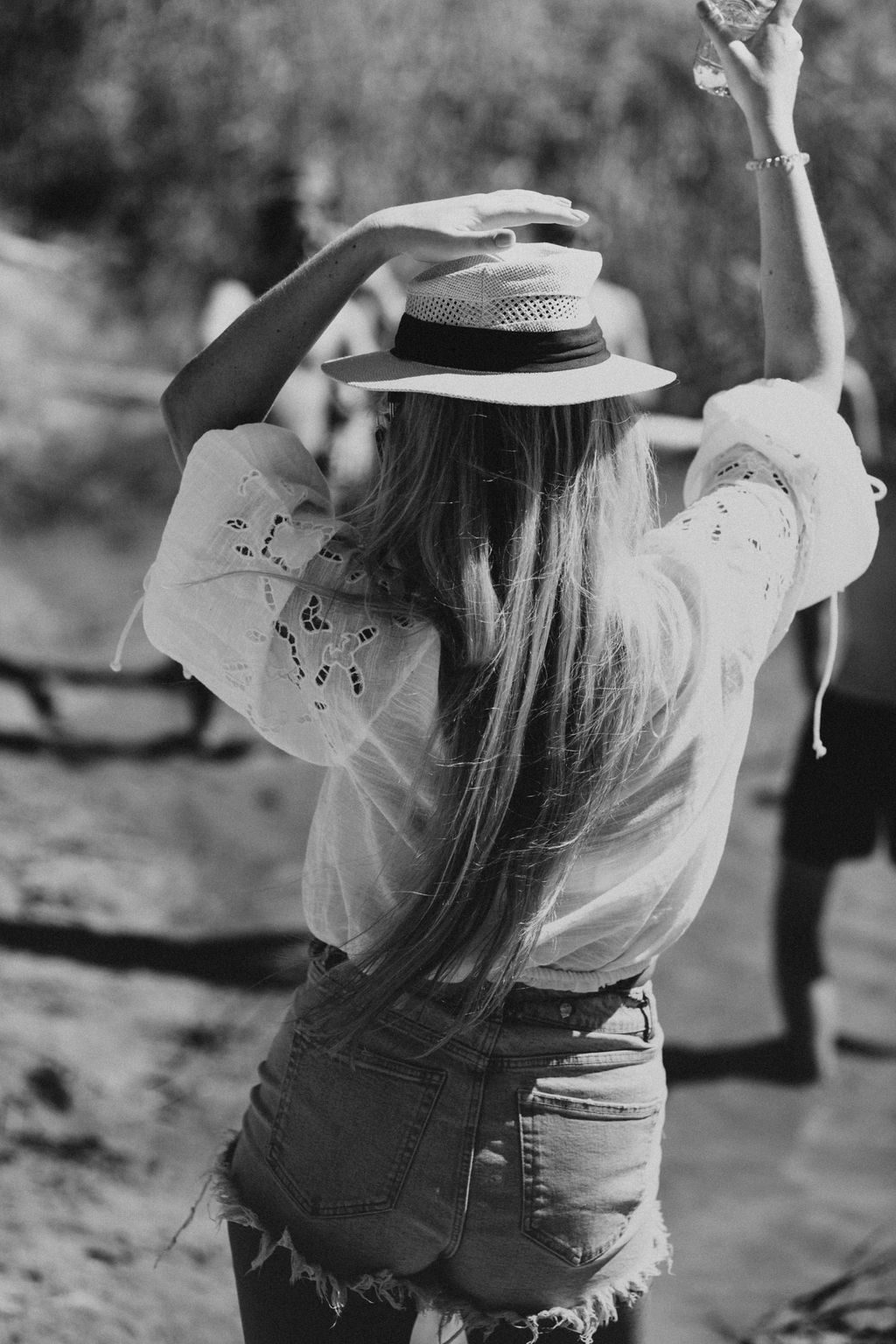 Because one doesn’t mess with Swartland temperatures at midday, we allowed everyone to rest up before the ceremony.

Ooh the ceremony…it was even better than we expected! With most of the heat gone and the sun slowly turning the sky golden, I walked with my sister by my side towards Leo. As I approached him, with loved ones all around, everything turned calm and quiet and It was pure and utter magic. Leo’s brother led the ceremony and married us, which was truly special and personal.  Nothing words can ever describe. The adventure we have been on for years, is now going to be for the rest of our lives! Fun fact: Our craftsmen personalised our new cognac leather ROF-boots with the wedding date (From January, all ROF boots can be personalized with names, initials or special dates. For more info please send an email to info@rof-style.com (price starting at 25 euro, T&C’s apply) 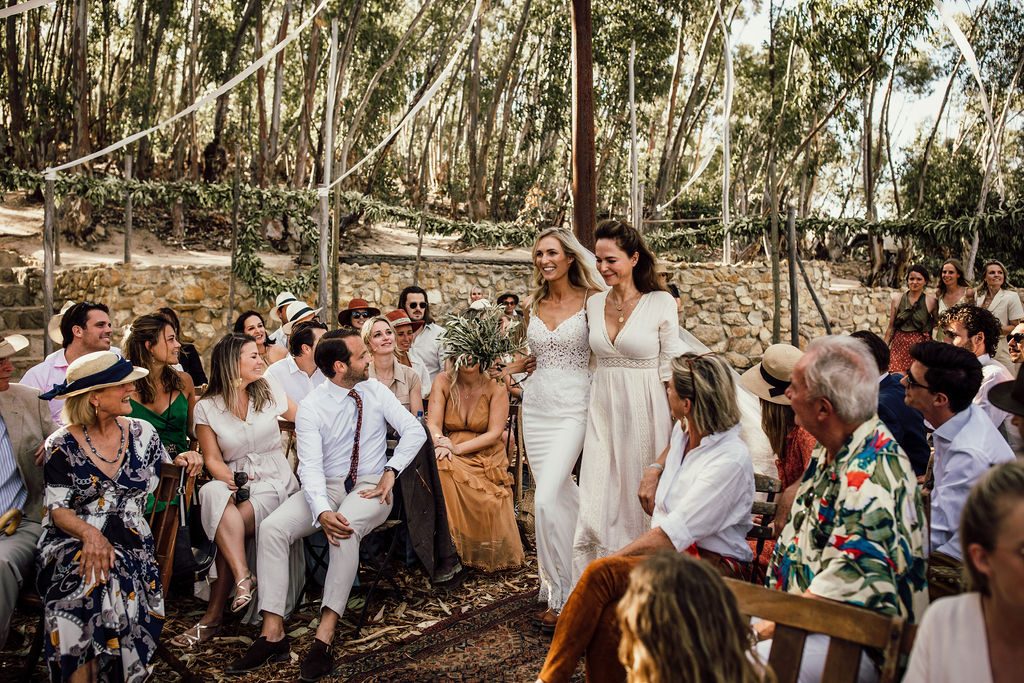 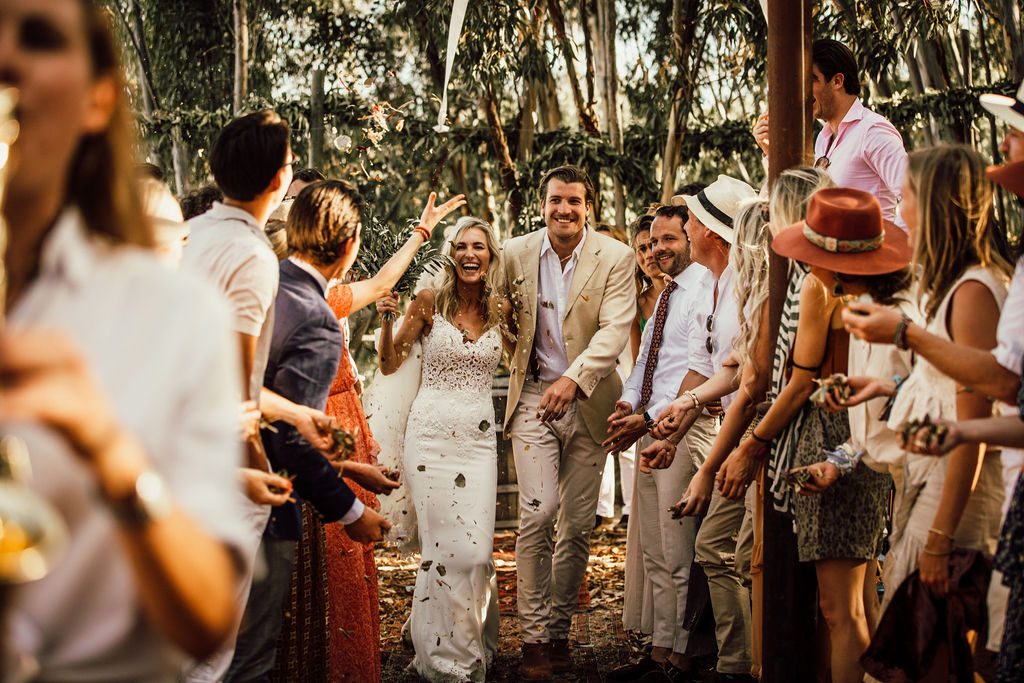 Still glowing on the inside from the amazing speeches, the saxophonist let the way for a procession down to the Old House for pre-drinks and a theatrical array of superb dishes by Slippery Spoon Catering. 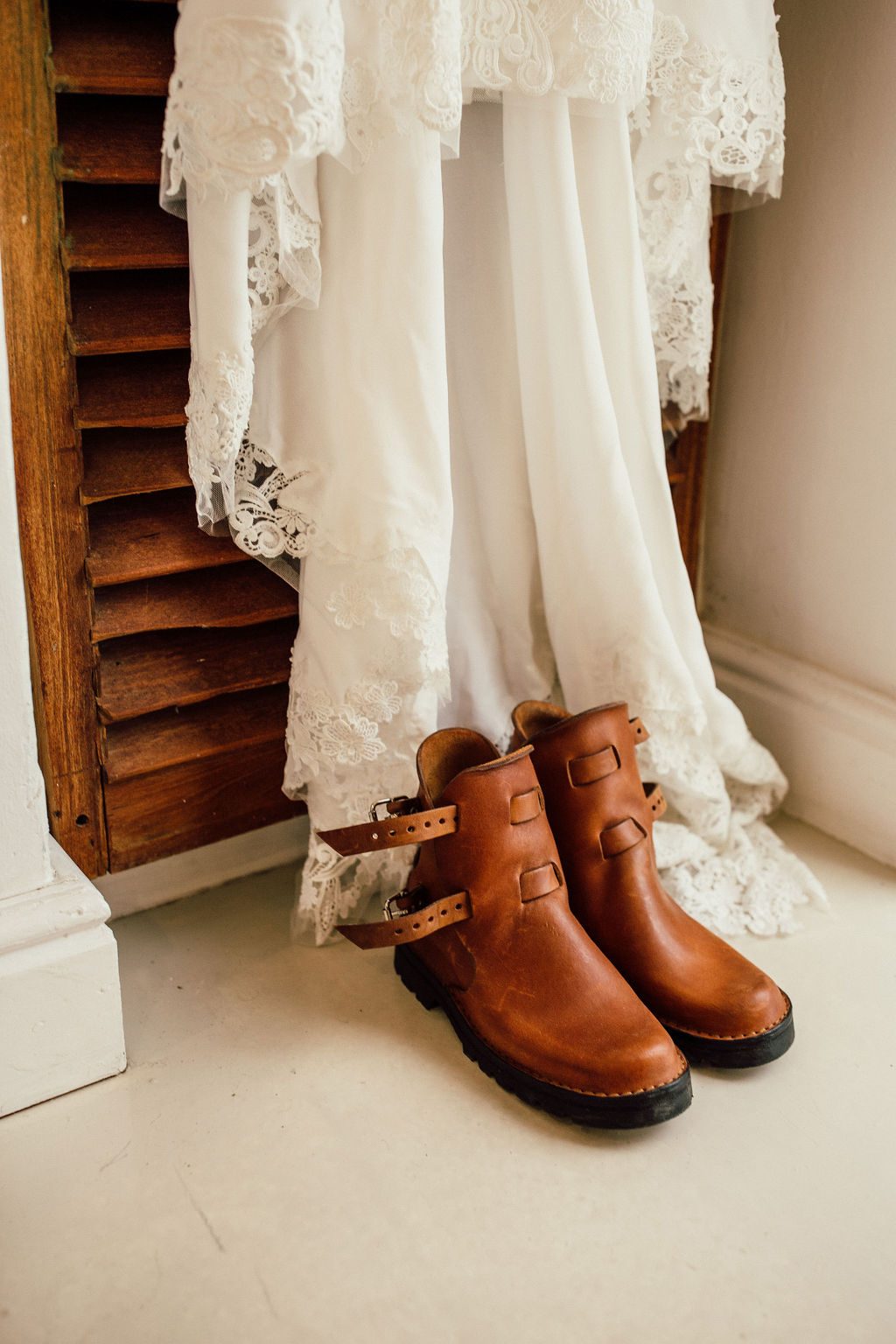 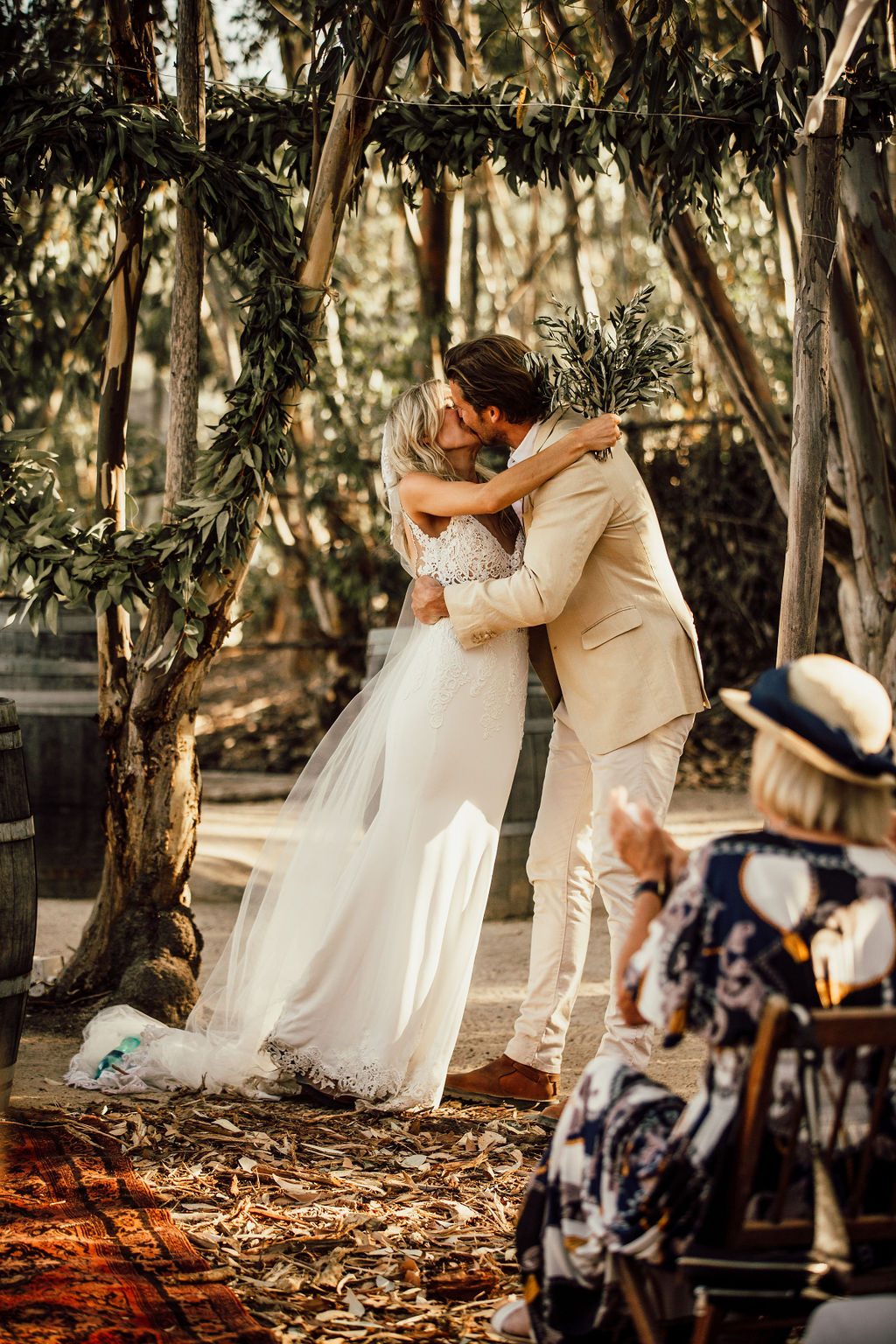 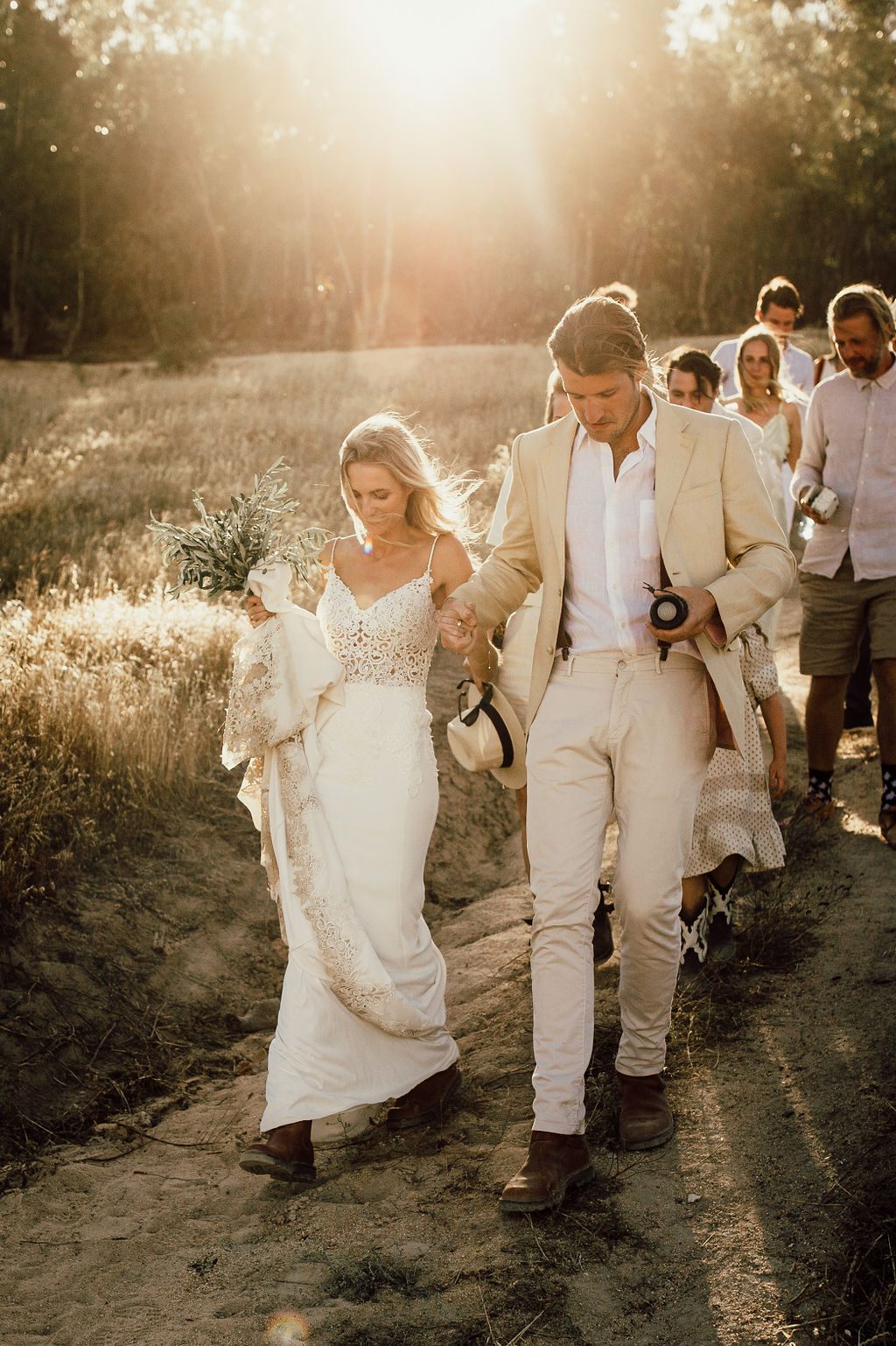 A memory forever in our hearts

As the last pink faded away and the full moon lit the sky, acquaintances became friends, friends became even better friends and all together we danced till the morning.

Inspired by the rich African soil this cognac coloured leather boot is made for road trips, loves adventure and is an essential addition to a timeless wardrobe. First worn at our wedding and engraved with our names and wedding-date, this boot will have a special place in our hearts. Shop our Tankwa Boot in Cognac